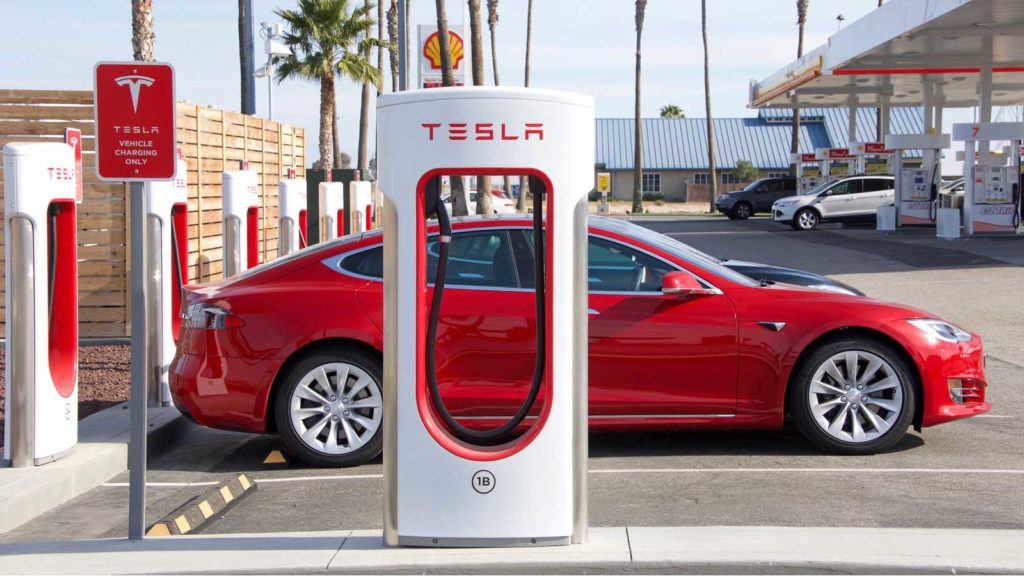 Even when Rivian (NASDAQ:RIVN) IPO and new Lucid (NASDAQ:LCID) deliveries hogging headlines, Tesla (NASDAQ:TSLA) manages to stay center stage. In October it spiked 50% in 23 days, and in the face of much skepticism. But that is part of its charm that TSLA stock is always controversial.

The U.S. markets broke records again last night, so the bulls are in charge. Today they will need to show resolve in the face of lock down headlines.

TSLA stock played a pivotal roll this week in accomplishing those records on Wall Street. From low to high this week it rallied 14%. Amazon (NASDAQ:AMZN) and Apple (NASDAQ:AAPL) are two other major contributors. The Nasdaq led yesterday as the rotation between it and the small-caps continues.

The company needs no introduction, it busted the EV door wide open. The internal combustion engine now has a serious contender to face. I was a long-time skeptic of TSLA stock but then the financial statements changed, so I changed my mind. Therefore, I am not your typical cheerleader for it, but I definitely get it. 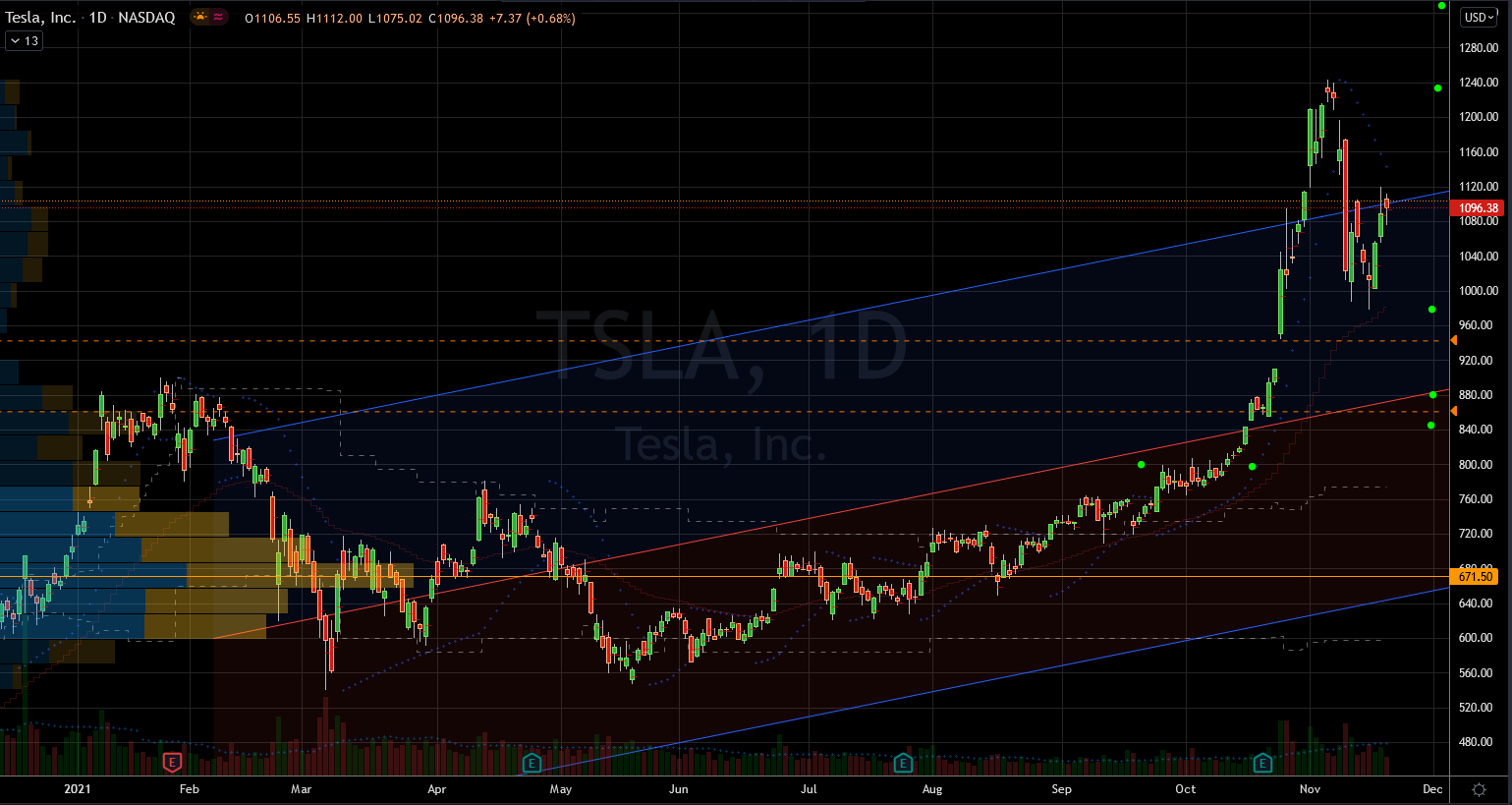 The easiest statement to make on TSLA stock is to buy the big dips. Then the matter becomes as what level one should do that. The answer is not simple, because it will depend entirely on the investor’s time frame. Active traders could be looking to buy this week’s low. Whereas slower investors would be more patient for a more obvious entry point. I don’t aim at finding the absolutely perfect spot, but I do favor starting out right.

Tesla rallied in ludicrous mode in October, and now it’s trying to consolidate. That is how stocks build a better base for more upside. CEO Elon Musk made headlines by professing his need to sell shares. I failed to see the panic sell that followed. Because for every seller there is a buyer on the other end. It’s not like he’s throwing them in the trash.

Nevertheless the headline was impactful and the stock fell 20% on it. Those who bought the dip had already 15% in profits yesterday. If the stock market corrects, then Tesla would be at risk of triggering bearish patterns below $1,000 per share. That is not my forecast, but I realize the scenario is there. In the long run, it will do as well if not better than the indices.

The company is now in much better financial form. Management is free to execute on all of its wild ideas. Mr Musk is not short on those, so we never know what he’s going to come up with next. In the meantime, the current cash cow will feed the beast, so to speak.

Fundamentally the stock is not dirt cheap, But a 26 price-to-sales is reasonable enough. I expect that it would normalize the metric in months, not years. This is to say that companies that grow fast need to spend in order to do it. Amazon did not build the empire while pinching pennies. And it had its critics fight it for 10 years on that.

First build the income stream, then fine-tune how much profit you want to retain from it. That’s what smart managers do, and Tesla’s financial statement is pointing toward that.

On the date of publication, Nicolas Chahine did not have (either directly or indirectly) any positions in the securities mentioned in this article. The opinions expressed in this article are those of the writer, subject to the InvestorPlace.com Publishing Guidelines.

Nicolas Chahine is the managing director of SellSpreads.com.